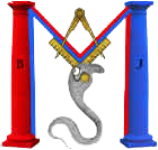 The Museum of Masonic Symbols in Florence was founded for the commitment and the desire to convey to brothers the differences in traditions that have evolved over time, and at the same time be able to give the secular public a first point of interest and curiosity to the Masonic ideology and an in-depth knowledge of Masonic philosophy and ethics through the representation of symbols, which are the basis of the ritual and philosophic work.

The museum was deliberately disconnected from any ties to Masonic Lodges and political and religious ideologies in the area by the will of the founder and director, just to make as secular and apolitical as possible this exhibition, opening up and offering the opportunity to know a world sometimes unknown or considered negative, but to whom today's society owes much as far as progress and improvement of human rights and social conventions is concerned. 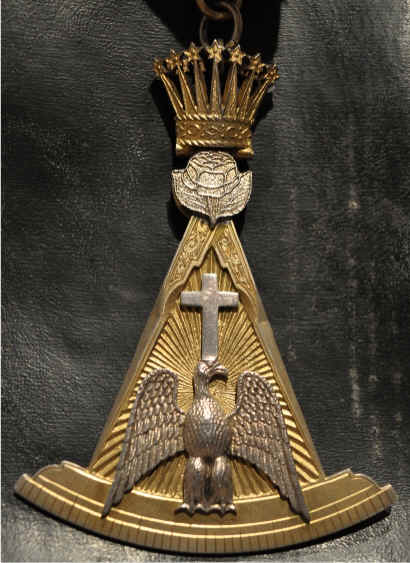 The Collection on display comes from the passion and love of a Brother to the ritual objects and symbols etched, embroidered, applied, printed or engraved on these items. The Collection begun and continued for three/four generations of Masonic membership and is now presented and offered in Florence, where in 1731 was founded the First Italian Masonic Lodge, known as: “The Lodge of the English-people”.

In an environment in the historical centre of Firenze and a few hundred meters from the well known “Via Maggio”, where was founded the First Italian Masonic Lodge that met in a tavern and hotel. The premises and structures of that first Masonic Temple were built with beams of spruce forest of Vallombrosa. The exhibition houses more than ten thousand objects from around the world. There are dresses, aprons, belts, glasses, bottles, porcelain, pins, ties, stamps, photos, posters, documents, books, diaries, registration forms, glass slides, magic lanterns.

Most objects can be defined as Masonic archaeology. There are in fact exposed objects dating from the end of 1700 to the present. The oldest object is a French apron from the end of 1700, buried during the Second World War to hide the Nazi-Fascists.

Many are the curiosities and peculiarities, every object has his own history, a meaning.

Upstairs are reconstructed in detail the Cabinet of Reflection, where one starts to take the first steps in Freemasonry, and a faithful and complete reconstruction, in its small Scottish Rite Temple, of an operating Lodge which can accommodate 15 brothers, with symbols and instruments of the three Masonic degrees: Apprentice, Companion, Master.

On the ground floor are displayed images and documents of writers, poets, musicians, painters, politicians, heroes who fought for their country: by the framers of the French Revolution to the legendary pioneers of the American West, by the protagonists of the Italian Risorgimento until famous movie actors like John Wayne.

The Documentation Center that collects periodicals, documents, patents and certificates of membership, Rituals of various orders and grades, movies, books, in various languages, will be available by appointment for consultation, investigation and study, for those who request it.

5% of the operating profit will be donated to the charity of the organisation that has received the most votes from visitors.


The first year's profit will be donated to the Associazione Il Pane Quotidiano in Florence.